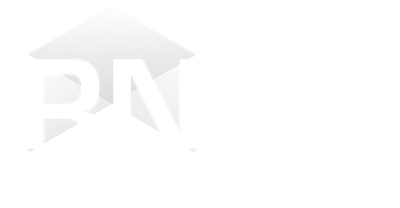 More than half of global oil production comes from fractured wells. Fracturing technology is especially relevant for low permeability (including shale) reservoirs. The method consists in creating a highly conductive channel (fracture) in the target formation to provide the flow of reservour fluid (gas, oil) to the well.

During the treatment, a fracturing fluid (gel, in some cases water, or acid for acid fracturing) is pumped into the formation under high pressure, which opens an extended fracture. To maintain the fracture in the open state after injection is stopped, a propping agent is used — a proppant, ceramic particles of a certain size and spherical shape. When the fluid leaks off fracture to the reservoir, the proppant-filled fracture provides several times greater conductivity, and, consequently, an increase in production.

simulator is based on the Planar3D model, which provides most physically sound modeling of the hydraulic fracturing process.

We constantly work to improve , releasing new versions every 6 weeks.

Most hydraulic fracturing simulators available on the market and used by engineers make use of a simplified physical and mathematical models that simply do not feasibly simulate real fractures of complex shape. Our implementation of the Planar3D model describes most of the important effects of fracture growth and proppant transport.

The bedding model, which determines the geomechanical properties of all the layers, can be quickly created automatically based on a given well log and lithotype cutoffs or built interactively by an engineer who, in accordance with his reservoir understanding, places layer after layer, using the well log as a sketch. The list of geomechanical properties to be filled depends on the user-selected fluid leak-off model and the use of thermal or acid options.

allows the use of several fluids and proppants in one treatment schedule. Unlike other simulation software, the proppants in are tracked separately, so they can mix, and fluids with different rheology are allowed to interact in a physically adequate manner, forming the so-called viscous fingers. Each proppant is simulated and visualized in accordance with its density and average particle size.

describes most of the phenomena associated with the transport of proppant along a fracture in physically adequate way, including: proppant settling in a low-viscosity fluid, proppant acceleration and dragging in a fluid flow, proppant bridging in narrow places of the fracture, and re-mobilization of proppant with the susequent fracture opening. Unlike other hydraulic fracturing simulators, does not use global bridging, simulating the condition of bridging and mobilization in each cell separately.

The rheological properties of the fracturing fluids are stored in an extensive database of fluids and proppants. Effective viscosity of the slurry depends not only on the proppant concentration, but also on time and temperature.

allows simulating acid and acid-proppant hydraulic fracturing. Treatment schedule fluids are simply replaced with specific acids from the database, and the properties of geomechanical layers describe their interaction with the acid. The simulated acid-etched width map is used to simulate the acid-induced fracture conductivity with specific correlations.

The creation and matching of HF designs is carried out using convenient tools that automate most of the routine operations:

implements most standard diagnostic injection analyses, accepted in the industry in a most convenient way. We tried to make sure that engineers had to perform as few unnecessary actions as possible with their typical injection analyses workflow. Our supported analyses include:

simulator is based on the Planar3D model, which is very demanding of computing resources, so we work constantly on the effectiveness of the program code, even though our implementation is already one of the fastest on the market.

The productivity of hydraulic fracturing engineers' work depends on how efficiently they use their main working tool: the hydraulic fracturing simulator. In order to facilitate the implementation of in work processes and increase the efficiency of engineers while using it, regular training seminars and workshops are held.

The main user of the simulator is — more than 200 licenses have been acquired.

Since March 2018, the Rosneft's internal fracturing service — — switched to 100% use of , more than 21,000 successful hydraulic fracturing treatments were conducted with a full design cycle performed in the simulator.